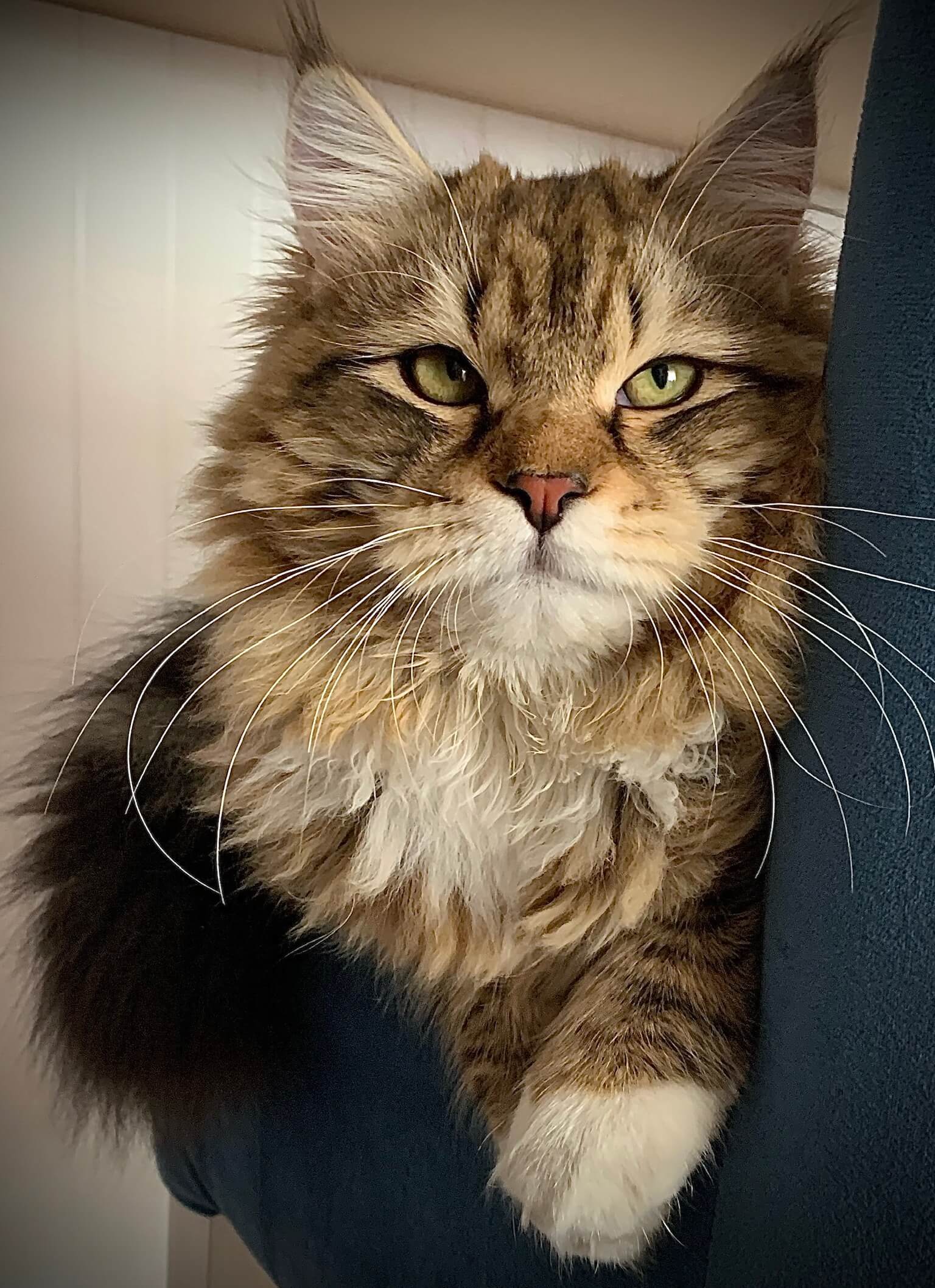 This gorgeous cat breed, known as the Siberian cat, exists around 1000 years, as far as we know. By reading and listening to the old Russian fairy tales about the Cat Bayun, it becomes clear that the cat described has to be a Siberian. Therefore, we like to say that this is an ancient cat breed. However, the first written description of the Siberian cat can be found in the book from Harrison Wier “Our cats and all about them”, published in 1889.

Officially, the Siberian cat is accepted by TICA (The International Cat Association) in 1996, followed by FIFe (Federation Internationale Feline). WCF (World Cat Federation) accepted it in 2002 while CFA (Cat Fanciers Association) waited until a few years ago.

The Neva Masquerade is a unique breed of long-haired Siberian cats with color points and bright blue eyes. Colorpoint is a specific kind of color combination where the “points” of the body, such are muzzle, ears, paws and the top of the tail, are darker than the rest of the cat’s body. Only Siberian cats with such color points are known as Neva Masquerade breed, which is deemed as the highest achievement of careful breeding selections among felinologists.

Siberian cats are easily distinguished by the muscular body, broad bones. Their hind legs are longer than the front ones, which makes them excellent jumpers. You’d never imagine with what virtuosity this, generally big cat, cam jump with! Their athletic bodies allow them to have almost perfect balance accompanied by great strength to overcome even the hardest tasks. This breed is known by very slow maturation, as well as growth and development. In order to grow to full size and reach maturity, they tend to take around 5 years. Their fur is semi-long, three-layered, waterproof. Its thickest area is extending from the neck all until the long, lavish tail, which they use to further warm up by wrapping it around their paws and face. Exceptional dense fur makes them tufted even during the summer molt. However, they require only one weekly brushing to remove the dirt and dead hair in order to keep their well-known shiny and healthy appearance. Thus, these cats do not require frequent bathing because their thick hair does not allow the dirt to pass through, to the skin. Their paws are equipped with furry growths that ease walking on snow and ice. Their heads have a rounded shape, proportional to the body. They’re characterized by cuddly faces with large eyes, slightly slanted towards the beginning of the ears. Their ears are medium-sized, rounded and discreetly inclined forward, with slightly pointed ends (“Lynx tipping”), which can be seen in wild cats and the lynx. This small detail undoubtedly gives them that special, wild and yet so gentle appearance. The chin is rounded, not protruding, and in line with the nose. The muzzle is short, full and rounded, while the nasal curvature is not steep, and the transition between the head and the muzzle is very discreet. Since they were very large they reach significant weight: males weigh 7-10 kg, and the females are slightly lighter and can have 4-6 kg.

Their necks are rounded, muscular and covered with thick mane-like fur which only becomes more pronounced with maturity. The body of Siberian cats is of medium length, muscular, with a rear end at a slight angle to the shoulder. Siberians have a strong stomach and very strong hind legs, which are used to jump to great heights.